It started with an idea . . . the idea that everyone’s actions, big and small, are vital to the future of the Great Barrier Reef.

Following the first severe mass coral bleaching event on the Great Barrier Reef in 1998, a small group of Australian business leaders felt there needed to be more done to protect and raise funds for the Great Barrier Reef. This idea reflected the United Nations World Heritage Convention that encourages the establishment of a national foundation whose purpose is to invite donations for the protection of world heritage sites.

One of the driving forces behind the establishment of a charitable foundation for the Reef was Sir Sydney Schubert. Sir Sydney was a builder of vision and ideals – he fostered infrastructure development around the state of Queensland and he was also integral to the creation of an agency to safeguard the largest living structure on Earth, the Great Barrier Reef. He was a founding board member of the Great Barrier Reef Marine Park Authority, a role he held for more than a decade. In 2001, he became the Chair of the Cooperative Research Centre (CRC) for the Reef, furthering his personal support for the protection of the Reef. As part of the recognition for his highly respected work, the Great Barrier Reef Marine Park Authority Chairman announced last year that a reef located about 17.7 km east of Lizard Island will become Sir Sydney Schubert Reef.

In 1999, an initial meeting to discuss the formation of a charity for the Reef was held and those who attended included Sir Sydney Schubert, Sir Ian McFarlane, Mr John B Reid AO and Dr John Schubert AO.

It is our understanding that Sir Sydney Schubert’s idea for forming the Foundation was to create a charity to bring science and business together with a common purpose of protecting the Great Barrier Reef. Eighteen years later, the Foundation continues to lead the collaboration of business, science, government and philanthropy for the benefit of the Reef. 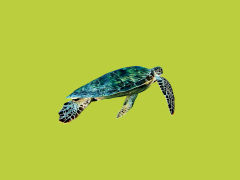 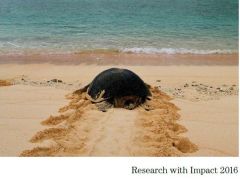