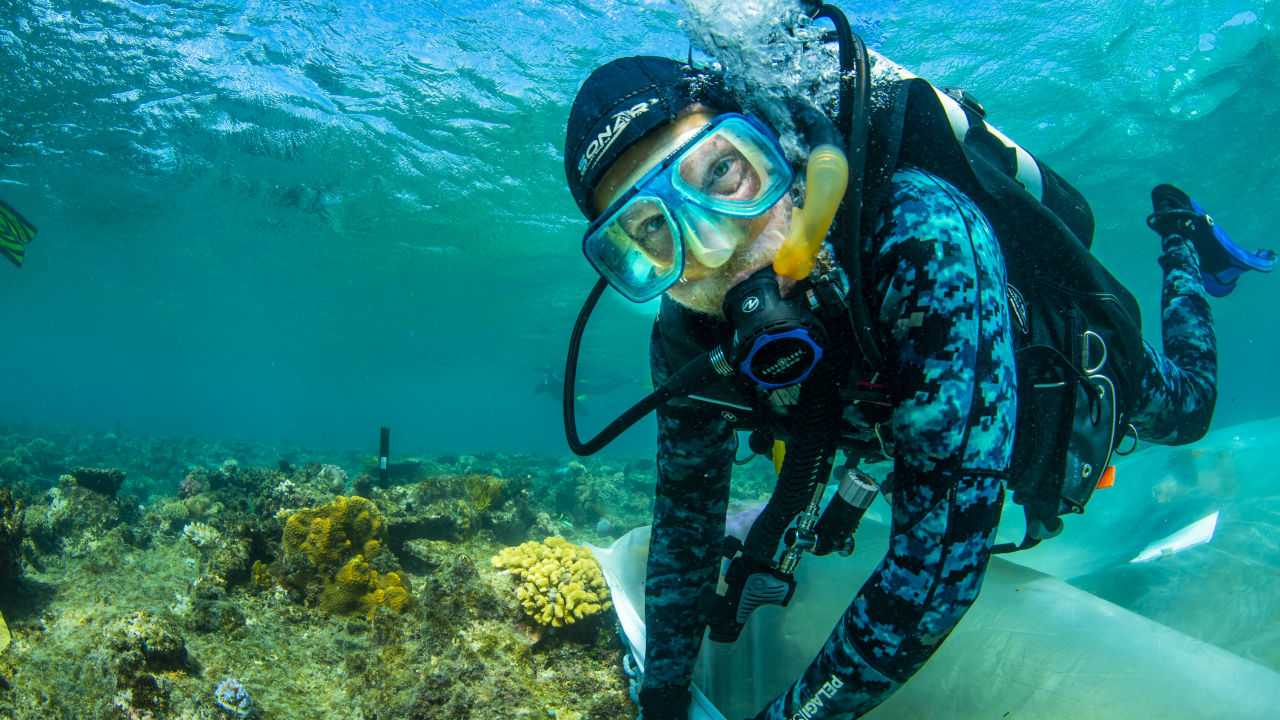 Our Reef is the largest living thing on Earth, with rich corals spanning an area visible from space. But it’s facing a growing combination of threats and without help the outlook is bleak. Saving the Reef is a huge task, but there is hope.

Coral only spawns once a year in a natural phenomenon that has been described as an underwater snowstorm with millions of tiny little dots being released into the water.

During this event, our researchers capture the coral eggs and sperm from healthy reefs to rear millions of baby corals in specially-designed enclosures on the Reef, and in tanks, before delivering them onto small areas of damaged reefs to restore and repopulate them.

The baby corals settle onto those reefs and in years to come they will spawn and produce their own coral babies, re-establishing the breeding population of damaged reefs. Excitingly, a number of Coral IVF babies we planted in 2017 have already reached maturity and are producing healthy offspring.

The success of this world-leading research not only applies to the Great Barrier Reef but to all coral reefs around the world. We can start to restore and repair damaged coral populations where the natural supply of coral larvae has been compromised.

Our research team, led by Southern Cross University’s Professor Peter Harrison, pioneered this innovative technique for the first time on Heron Island in 2016, returning the following year to review the progress and deliver more coral babies. A true innovator in his field, Professor Harrison co-discovered the phenomenon of mass coral spawning more than 35 years ago.

The team has since expanded the research to other parts of the Reef, with research and trials ongoing each spawning season as part of the world’s largest coral reefs program.

4. Grows into larvae over days

In another world first, ecology and technology are combined each spawning season, to give nature a helping hand with a robot that delivers coral IVF babies onto damaged reefs.

The amazing Reef Rangerbot was modified to become ‘LarvalBot’ which delivered new coral larvae directly onto the Great Barrier Reef. The combination of Southern Cross University’s Coral IVF and QUT’s RangerBot won the Foundation’s Out of the Blue Box Reef Innovation Challenge supported by The Tiffany & Co. Foundation.

Coral IVF babies breed for first time ever on the Reef

Sign up to receive our Reef Insider news to stay up to date with our latest science news plus highlights from the more than 60 Reef-saving projects we’re working on right now.