Freezing the Reef for future generations. 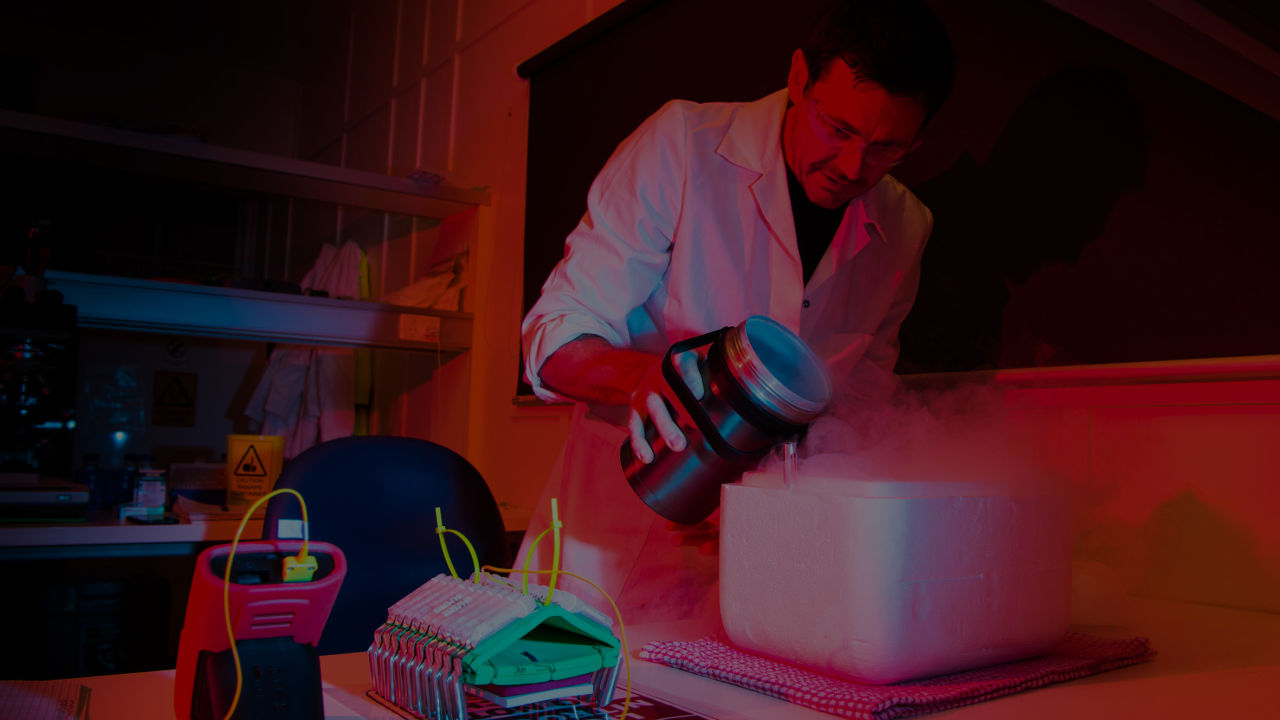 An international science collaboration has created the world's largest collection of frozen coral cell samples which have the potential to be used to aid conservation efforts for the Great Barrier Reef far into the future.

The Great Barrier Reef may never again have as much genetic diversity as it does right now. Preserving that biodiversity is critical. So too is the ability to restore damaged coral reefswith the level of coral cover declining as a result of a changing climate and other pressures.

So researchers are working hard to establish and apply the science around coral cryopreservation to create a frozen 'coral bank' for the future. Scientists are collecting and analysing the sperm and eggs of different coral species which they may be able to use in the future to help restore and potentially regenerate the Great Barrier Reef.

Restoring local areas of damaged coral reefs by propagating key coral species and transplanting them back onto the reef is a possibility, but first we need to bank valuable species.

Catalyst: Can We Save The Reef? - ABC TV Science

Since 2011 the Reef Recovery Program coordinated by the Australian Institute of Marine Science (AIMS) has helped scientist collect sperm and eggs during the once-a-year coral spawning event off the Queensland coast.

Researchers from AIMS, Taronga Conservation Society and the Smithsonian Conservation Society are working together to cryopreserve the coral sperm collected, adding them to a frozen coral bank located at Taronga Western Plains Zoo in Dubbo. This involves quite a journey for the frozen embryonic cells which are carefully transported as far as 1700 kilometres away to Taronga's CryoDiversity Bank. The samples are then 'banked' in chambers of liquid nitrogen at -196°C. At that temperature, metabolic processes stop and the cells can be kept frozen in that state indefinitely to be accessed as needed for future reef restoration efforts.

Five spawning seasons have now been conducted with great success. Species that are essential to the structure and function of the reef were targeted for cryopreservation. The research team has now banked sperm and embryonic cells from 16 species of coral from the Great Barrier Reef. Some cells have also been thawed to advance much needed research in coral development, resilience and adaptation to ocean acidification and warming.

In 2017 the research team travelled to Heron Island on the southern Great Barrier Reef for the first time. This trip resulted in five new coral species being added to Taronga's 'frozen zoo'.

species of coral are now held at Taronga Western Plains Zoo. This is the largest collection of frozen coral gametes on the planet!

Freezing the Reef: Reproduction research a new hope for tough breed of coral