Aerial surveys have confirmed scientists’ fears that mass bleaching is occurring on the Great Barrier Reef now, with widespread bleaching caused by heat stress following the hottest February on record since 1900. 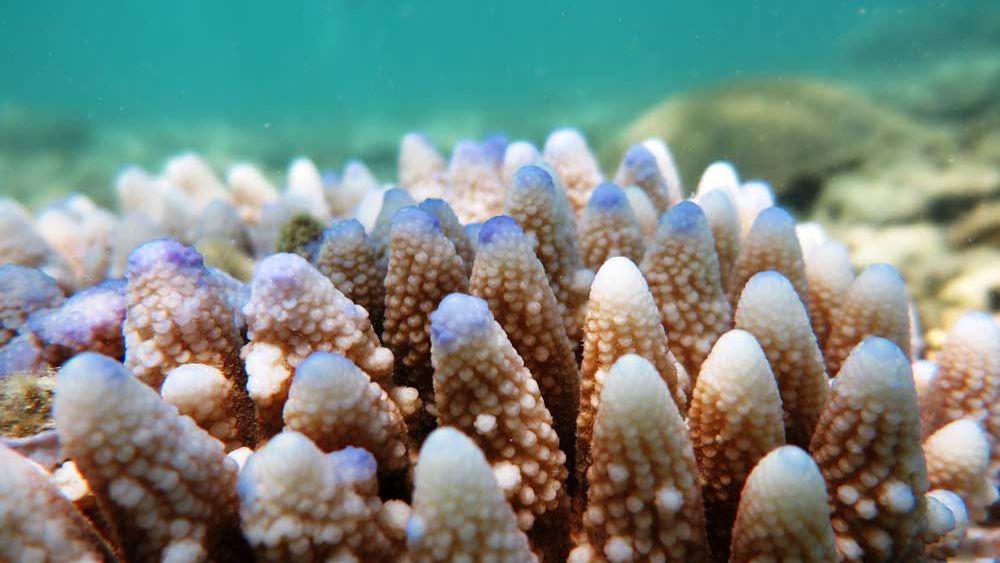 The Great Barrier Reef Marine Park Authority today reported a wide variety of bleaching severity – ranging from no bleaching in some areas to the most severe category in others.

This is the third large-scale bleaching of the Great Barrier Reef in five years.

But there is still hope, the Reef remains resilient and it is important to remember that bleached corals are not dead.

The Foundation is heartened to hear that some of the key tourism reefs in the north and central areas are amongst those likely to bounce back from lesser levels of bleaching.

The extent of the bleaching and its severity is still unfolding. When aerial surveys are completed at the end of this week, scientists will then be able to compare the current situation with 2016 and 2017.

“Researchers from the ARC Centre of Excellence for Coral Reef Studies and the Great Barrier Reef Authority are currently conducting airborne reconnaissance of the extent of bleaching. As usual it’s patchy but severe in a number of locations including the region between Tully and Townsville.

"Where heating was less severe, such as the outer reefs north of Cairns, the bleaching has been mild to non-existent. I was at Agincourt Reef last weekend and witnessed very limited bleaching.

“Areas that have not yet bleached are unlikely to do so because sea temperatures have begun returning to normal levels for this time of year.

"It is too early to know the level of long-term damage that the bleaching has caused because many corals will recover once thermal stress declines. However, based on what’s happened in the last five years, we would expect to see severe coral mortality in the shallowest regions of the worst affected reefs (i.e., within the first few metres from the surface).

“The pace at which bleaching events are now occurring on the Reef is a matter of huge concern. It clearly highlights the importance of transitioning rapidly to a low carbon economy.

"Reef management also has a vital role to play in helping to reduce additional stressors, such as crown-of-thorns starfish and poor water quality, and promoting rates of coral recovery.

"A number of programs under the Commonwealth-funded Reef Trust Partnership are devoted to this task, including improved control of crown-of-thorns starfish, partnering with farmers in mitigating pollution, exploring the potential for active reef restoration, and designing more targeted means of protecting the reef to increase effectiveness.”

#Our involvement and response

The Foundation continues to support the critical work of the Great Barrier Reef Marine Park Authority (GBRMPA) and science partners including the Australian Institute of Marine Science (AIMS) in response to the bleaching situation.

With our partners, the Foundation is providing support in the 3 key areas of response, recovery and resilience.

Boosting support for the first responders to coral bleaching so they can better assess the developing situation on the Reef by:

Helping protect the surviving coral reefs by reducing other stressors to give them the best chance of staying healthy by:

Building the resilience of coral reef ecosystems and helping them adapt to changing conditions by:

The Great Barrier Reef Foundation understands the accountability associated with being a steward of taxpayer funds and welcomed this review by the Australian National Audit Office of the early design and implementation of the Reef Trust Partnership.

A partnership to save our Reef

Using Traditional knowledge to save the Reef