During the International Year of the Reef in 2018, the Australian Government announced the largest ever single investment in Reef protection. This includes a $443.3 million partnership with the Great Barrier Reef Foundation, aimed at sparking new and innovative responses from, and collaborations with, private investors and philanthropists.

This partnership is funding new and existing projects that will help to protect and restore the Reef – delivering and building on the Reef 2050 Plan.

A total of 56 projects commenced in the first 12 months of the Reef Trust Partnership including over $19 million invested in 11 water quality improvement projects, $1.4m investment in 25 Community Reef protection, and $1.8m of funding for 18 Traditional Owner Reef protection projects.

How the funds are being invested

This plan is a group effort and the result of consultation with over 100 Australian and international experts, co-designed over the last 12 months.

$58 million will be directly invested in Reef protection activities across the length of the Reef in the 2019-2020 financial year.

A total of 56 projects commenced in the first 12 months of the Reef Trust Partnership.

$574,000 for a heath check of remote far northern reef undertaken by the Australian Institute of Marine Science 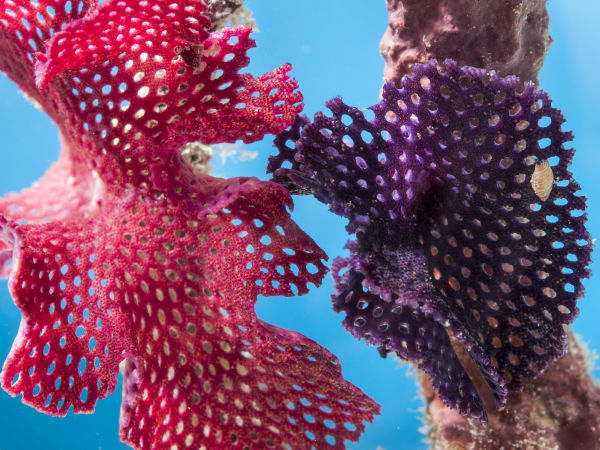 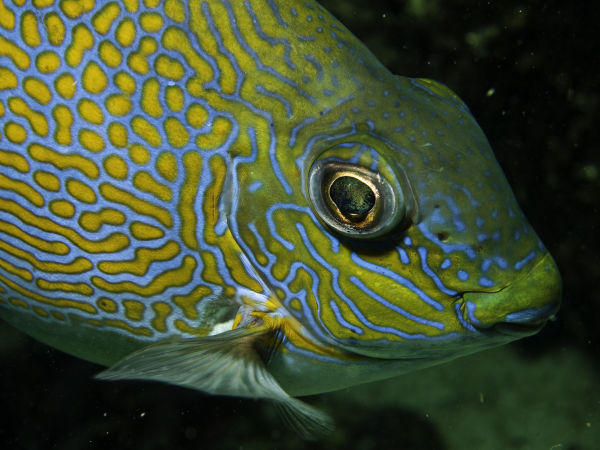 CLICK HERE to register your interest to receive regular updates about funding opportunities, Reef projects, partnerships plans and other news

Listen to the Managing Director

What does this Reef investment aim to achieve?

The aim of this investment is to forge collaborations to build on the Australian and Queensland governments' $2 billion Reef 2050 Plan, which is based on the best available science, draws on 40 years of analysis and is underpinned by the Great Barrier Reef Marine Park Authority’s strong management.

This is an investment not only in the future of the Great Barrier Reef, but also in Australian jobs and our economy as the Reef attracts tourists from all over the world. The Reef has recently been assessed by Deloitte Access Economics as having an economic, social and icon value of $56 billion to the world. It contributes $6.4 billion to the Australian economy annually and supports 64,000 Australian jobs.

There is a role for everyone in protecting the Great Barrier Reef for generations to come and this investment program recognises that.

Why was the Foundation chosen to deliver this program?

While this large federal government investment is a positive step forward, we need more financial investment to protect and restore the Reef long term. The raising of private funds will continue to be a focus and responsibility of the Great Barrier Reef Foundation, which will further amplify the impact of this positive government announcement.

The Foundation will work hard to bring existing donors and new donors together with government to get the best results for the Reef over the next six years while this program is being delivered.

Further, the Foundation has a strong history of bringing together key partners to deliver science and research projects for the Reef.

How long will it take to deliver the funded projects?

Over the six years, this significant government and private funding investment will support the delivery of key actions under the Reef 2050 Plan and help ensure the future health of the Reef.

How will the funding be spent?

The partnership with the Foundation includes:

The funding will build on and directly support the intensive work already underway through the Australian and Queensland Governments’ Reef 2050 Plan.

How much money has the Foundation raised for the Reef in the past?

The Foundation has a strong track record of raising significant funding for the Reef, more than $90 million. It will continue to do that to leverage these government funds.

What kind of projects does the Foundation help to deliver on the Reef?

The Foundation is uniquely placed to broker constructive partnerships between the private and public sectors for program delivery for the Reef. It has a strong track record of securing partnerships for innovative projects to protect the Reef, such as the Raine Island Recovery Project, the pioneering larval reseeding (‘coral IVF’) project and the sun shield for the Reef project, to name just a few.

How is the funding being delivered?

The Partnership between the Foundation and the Australian Government is established through a grant agreement.

The Foundation will be required to report regularly to the Department of Environment and Energy on the program’s delivery and outcomes.

Over the coming months, the Foundation will work closely with the Department of Environment and Energy and Great Barrier Reef Marine Park Authority to ensure this investment will be delivered to best effect through a range of government and non-government delivery partners.

The Foundation will work with a diverse range of Reef stakeholders to deliver on-ground action to benefit the Reef. The Foundation’s work actively supports and aligns with the Reef 2050 Plan.

What does the Foundation do day to day?

The Foundation raises money for the Reef from a range of stakeholders and then works with the best researchers and scientists to deliver projects grounded in science, technology, engineering and on-ground action to benefit the Reef. These are the three key areas of focus:

How was the Foundation started?

The initial idea came from a small group of Australian businesses who strongly felt they needed to do more to protect the Great Barrier Reef. They were right. Some of those people were very passionate at a personal level about protecting the Reef and came up with the idea to create a national foundation that could deliver more investment for the Reef. This aligned with the United Nations World Heritage Convention encouraging countries with world heritage sites to establish a national foundation whose purpose is to invite donations for their protection.

Since then the Foundation has successfully raised more than $90 million and delivered multiple projects to help save the Reef. The Foundation has developed into Australia’s largest charity for the Reef with an independent Board and Scientific Advisory Committee.

Who were the businessmen that began the organisation?

One of the driving forces behind its establishment was Sir Sydney Schubert.

Sir Sydney was a builder of vision and ideals – he fostered infrastructure development around the state of Queensland and he was also integral to the creation of an agency to safeguard the largest living structure on Earth, the Great Barrier Reef. He was a founding board member of the Great Barrier Reef Marine Park Authority, a role he held for more than a decade. In 2001, he became the Chair of the Cooperative Research Centre (CRC) for the Reef, furthering his personal support for the protection of the Reef.

The first severe mass coral bleaching event on the Great Barrier Reef occurred in 1998. At an initial meeting in 1999 to discuss the formation of a foundation for the Reef, those who attended included Sir Sydney Schubert, Sir Ian McFarlane, Mr John B Reid AO and Dr John Schubert AO.

Sir Sydney Schubert resigned as a director in 2001. The other three founding directors resigned in 2004. Dr John Schubert AO became Chairman in 2004.

It is our understanding that Sir Sydney Schubert’s idea for forming the Foundation was to create a charity to bring science and business together with a common purpose of protecting the Great Barrier Reef. Eighteen years later, the Foundation continues to lead the collaboration of business, science, government and philanthropy for the benefit of the Reef.

Who runs the Foundation?

The Foundation is governed by an independent Board of 13 directors and Anna Marsden is the Managing Director – an experienced administrator and fundraiser in the Australian business community.

Who are the Foundation’s biggest donors?

The Foundation receives funding from a wide range of corporate and philanthropic donors. The largest donors in recent times have been BHP, Google, Lendlease, Boeing, Rio Tinto and Orica – just to name a few. There are also large individual philanthropic donors however they wish not to be named.

The government, corporate, philanthropic and research partners that contribute to the Foundation are available for you to see on the website. The Foundation is very proud to work with so many partners.

This funding does not address the biggest threat to the Reef – climate change. Why has that not been addressed?

There is no doubt that climate change is the most significant threat to the Great Barrier Reef. The Foundation has always said this, as have the Australian and Queensland Governments.

Climate change is a global problem that requires a global solution and mitigation efforts must go hand in hand with this. The whole world needs to work towards achieving the Paris Agreement commitments.

But that’s not enough. We need to help the Reef become more resilient to climate change and help restore it from the damage that’s already happened.

Scientists tell us the best way to help the Reef withstand and recover from the impacts of climate change – such as coral bleaching – is to reduce all the other stressors threatening the Reef, including water quality and crown-of-thorns starfish outbreaks.

The Alluvium report excludes Imidacloprid from its Pesticide Solution Statements. Does this mean activities related to Imidacloprid are ineligible under the EOI?

The Alluvium report does not determine what is eligible or not. Imidacloprid is included in the water quality risk frameworks and recognised by Reef Plan as a pesticide of concern. Therefore, GBRF will consider applications with activities targeting Imidacloprid management.

For information in relation estimating cost-effectiveness the guidelines state:

“Applicants should present their estimates of cost-effectiveness based on: